CHICAGO — Demetria Powell’s son doesn’t function like most 9-year-olds. The boy, who lives on Chicago’s West Side, has severe difficulty reading, communicating and learning to the extent that he can’t fully participate in school.

But he wasn’t born this way.

After living through the shooting deaths of several people in his life, including his father, whose bullet-ridden body he saw firsthand at 5, the boy went from being bright and amenable to aggressive and reclusive, his mother said in a class-action lawsuit filed against the state of Illinois on behalf of her son and hundreds of other children.

You can also like : What a second term Trump presidency would mean for the future of a China trade deal

In the suit, she argues that stress from the unceasing gun violence in the Austin neighborhood where she and her son live caused a “trauma-related disability” that has impaired his cognitive and emotional function and said that the state has an obligation not only to address but rectify it under federal and state law.

The legal complaint, which was filed in 2018 but was given the green light to proceed by a federal judge in September, poses a novel and potentially game-changing argument that, if successful, could set a groundbreaking model for other cities that are tackling concentrated gun violence, legal experts say.

It argues that children living in Chicago’s most gun-ravaged neighborhoods suffer disabilities as a result of the violence and that Illinois is violating both the federal Americans With Disabilities Act and state civil rights laws by not tightening regulations on the flow of the illegal weapons that are contributing to the carnage.

Nearly 500 people have been murdered in Chicago this year according to The Chicago Tribune, with most of those victims concentrated in a handful of districts on the South and West sides, including in Austin.

Nearly 60 percent of children under the age of 5 lived in neighborhoods where more than 90 percent of the homicides took place in the last few years, according to the Erikson Institute, a Chicago-based graduate school that focuses on early childhood education and policy.

The lawsuit has already survived several attacks by the state, which is “fighting tooth and nail” to get it thrown out, said Tom Johnson, an attorney for the plaintiffs.

“This lawsuit is aimed at trying to keep guns out of the hands of people who aren’t eligible under existing law to own them,” he added. “That’s the root cause of the trauma.”

The Illinois State Police, who is also listed as a defendant in the lawsuit, said they did not comment on ongoing litigation in a statement to NBC News. The Illinois governor’s office did not return a request for comment.

The plaintiffs list 11 legal remedies to adequately address the children’s disabilities, including requiring gun dealers to install video recording systems to discourage traffickers and buyers from using false identification; submit to a mandatory audit of the store’s inventory to help detect theft and trafficking; and to train employees and managers of gun shops to identify common signs of straw purchasing to avoid gun trafficking, according to the lawsuit.

Despite ire from the state and the National Rifle Association, a federal judge sustained the legal arguments, saying “the complaint adequately alleges that the injunctions plaintiffs seek would appreciably diminish the rate of gun violence in Chicago’s predominantly African American neighborhoods,” and that “it is reasonable to infer that the concentrated violence begets trauma and the psychological and behavioral injuries described in the complaint,” U.S. District Judge Joan Gottschall wrote in a passionate 34-page opinion largely denying the state’s motion to dismiss.

“This is a pretty unique argument,” said Darrell Miller, a professor and co-director of the Duke University Center for Firearms Law. “I don’t think I’ve ever seen any kind of theory of liability based on the Americans With Disability Act as a way of trying to oblige a municipality or government official to change the gun licensing system.”

Miller said if the plaintiffs are successful under the Americans With Disability Act, a new pathway would open up for other municipalities experiencing endemic gun violence to follow because that law applies nationwide.

Dru Stevenson, a professor at the South Texas College of Law, has been following the case closely and feels it’s “ingenious” in several ways.

“This has a lot of potential and is interesting because a lot of gun litigation runs into Second Amendment challenges because the argument is based around taking away some individual’s right to bear arms,” he said. “But here they are not suing gun-makers, gun owners, or even the stores. They are suing the state themselves so it’s really hard to see how the Second Amendment would stop this.”

Chicago, which is arguably ground zero of the crippling effects of gun violence, could potentially crack the code for increased government accountability of gun regulations, he said.

Stevenson argues that although it won’t completely eliminate gun violence, it will help in the fight.

He also added that gun litigation usually stems from victims of mass shootings like Parkland and Sandy Hook, but this is one of the rare times legal action is demanded by kids who deal with shootings on a regular basis.

Thousands of young children from Chicago’s South and West sides have grown up with the long-term ramifications of gun violence, including Tywanna Patrick’s 13-year-old granddaughter.

Patrick’s granddaughter was one of the initial plaintiffs on the lawsuit but was removed by a federal judge because she recently moved out of the city to a suburb seven miles from the Austin neighborhood where she lived for several years.

Patrick said her granddaughter had to be pulled out of pubic school and home-schooled after she lost her 21-year-old uncle, who “treated her like a little sister,” to gun violence when she was 7.

“I think the scars she carries keeps her from living her full potential,” Patrick said, adding that she saw a change in her granddaughter’s personality and functioning the more she was exposed to violence after her uncle’s death. “I couldn’t imagine who she’d be if this had never happened.”

Federal law defines a disability as “a physical or mental impairment that substantially limits one or more major life activities of such individual.”

An abundance of research has shown that prolonged exposure to gun violence interferes with academic performance, educational opportunities and the ability to care for oneself in an optimal way.

“There is a huge effect on cognitive function,” said Patrick Sharkey, a sociologist at Princeton University who has conducted numerous studies on the effects of gun violence on Chicago’s children.

According to one of his studies, academic performance was diminished so sharply for kids who were given an educational assessment days after violence occurred near their home that it looked as if they had missed two years of school relative to kids given the same assessment who hadn’t been exposed to violence.

“They are definitely functioning at a lower impaired level,” he said. The impacts are most severe for kids most exposed. The effects alter academic trajectories and outcomes later in life as well, he said.

“That is a disability which is not self-imposed or something inherent,” Sharkey said.

While it is unclear how the suit will ultimately fare, the families bringing the lawsuit are hopeful that even an out-of-court settlement could provide some relief to the current state of gun control in the city’s most ravaged areas.

“This is one way we can make some significant impact in the community because illegal guns won’t flood our neighborhoods,” Patrick said. “You can’t go back to the way it was before a child was exposed to violence, so it’s about being able to deal with it and creating a new normal.” 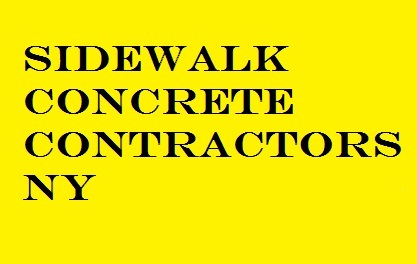 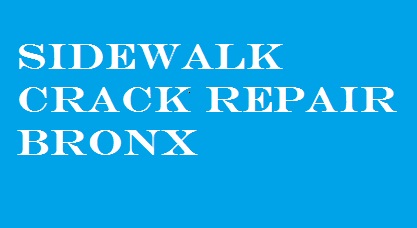 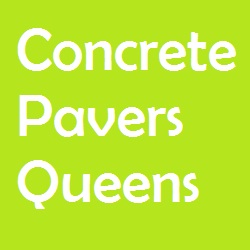